Super nice of 1BTN radio to invite me to join them for a one hour mix, 10 till 11am Monday 1st June. An hour of super mellow, Balearic business with music from Chris Coco, Cantoma, James Bright and lots more. A great station for a great city, thanks to Chewy Beatwell for hooking things up. 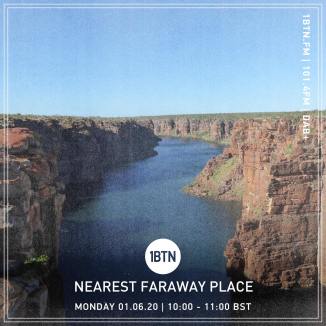 Some Nearest Faraway Place favourites from this year 🙂 #Balearic

A vintage mix by me from 2000, inspired by a legendary trip to Greek island Naxos with Pete Lawrence and the Big Chill crew. Look out for an appearance from Quentin Crisp…

‘I have been to restaurants in Soho whose denizens have crossed social and geographical barriers to reach them. In one, I have seen a girl sitting amid musical pandemonium with a book open on her knees and her little finger entwined with that of her true love. Of course she was not really listening and not really reading and not communicating with her friend in any way that required effort or style.

It would be hard to say whether the jukebox caused the death of human speech or whether music came to fill an already widening void. But unless the music is stopped now, the human race, mumbling, snapping its fingers and twitching it’s hips, will sink back into an amoebic state where it will take a coagulation of hundreds of teenagers to make up a single unit of vital force, which, once formed, will only live on sedatives, consume itself on the terraces of football stadia, and die.’